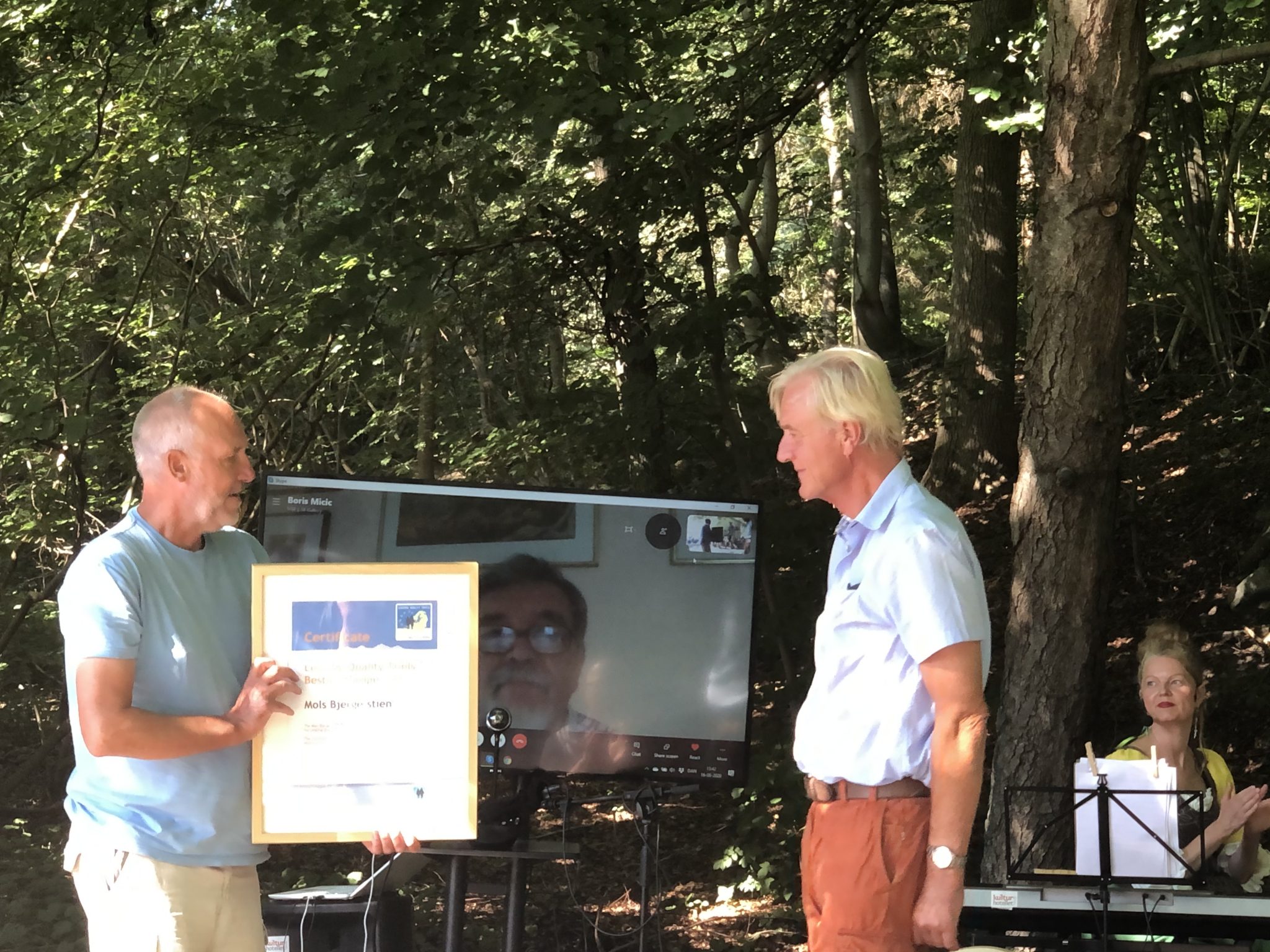 Mols Bjerge Stien in Nationalpark Mols Bjerge, Denmark was officially opened and certified as Leading Quality Trail, Best of Europe on the 16th of August 2020.

After several years of hard work the Nationalpark Mols Bjerge received the certificate as Leading Quality Trail, Best of Europe. The Mols Bjerge stien is the 20th LQT in Europe.

The certificate was handed over by the President of ERA, Boris Mićić to the chairman of the Nationalpark, Jørgen Blach.
Because of the Covid 19 travel restrictions the handover was done virtually, asssisted by Steen Kobberø-Hansen physically.

In his speech Boris Mićić among others said:
Today, it is not only a great day for you, as  you get the certificate LEADING QUALITY TRAIL – BEST OF EUROPE. It is also a great day for European Rambler’s Association, as Mols Bjerge stien is LQT number 20.  A nice number.
During the ERA presidency under Lis Nielsen, in 2012. started the project LQT-BE.  And in 2015 Denmark (as a 7th country in row ) introduced it with the LQT Gendarmstien and with length of 84 km. The second one, Mols Bjerge stien with 60 km enriched our family of LQT and today we have 2.828 km of trails in Europe which exist in 10 countries (near one-forth of all European countries) and they are nominated as the Best of Europe.
Today it is really a great satisfaction, if you look all LQTs on the map of Europe whose diversities   offer  you possibilities from Peloponnese up to Scandinavian countries, from Atlantic ocean to Bosphorus.  You can  choose landscape and cultural heritage you like and can enjoy as much as you want.
ERA is now a family of 64 organisations from 34 countries. There is space to enlarge the countries, where LQT could be organized and created. We wish to have at least one Best European trail in each country, of course if there are conditions for them.

Pictures from the walks and the ceremony during the day

ERA congratulates Nationalpark Mols Bjerge on the honor as LQT.