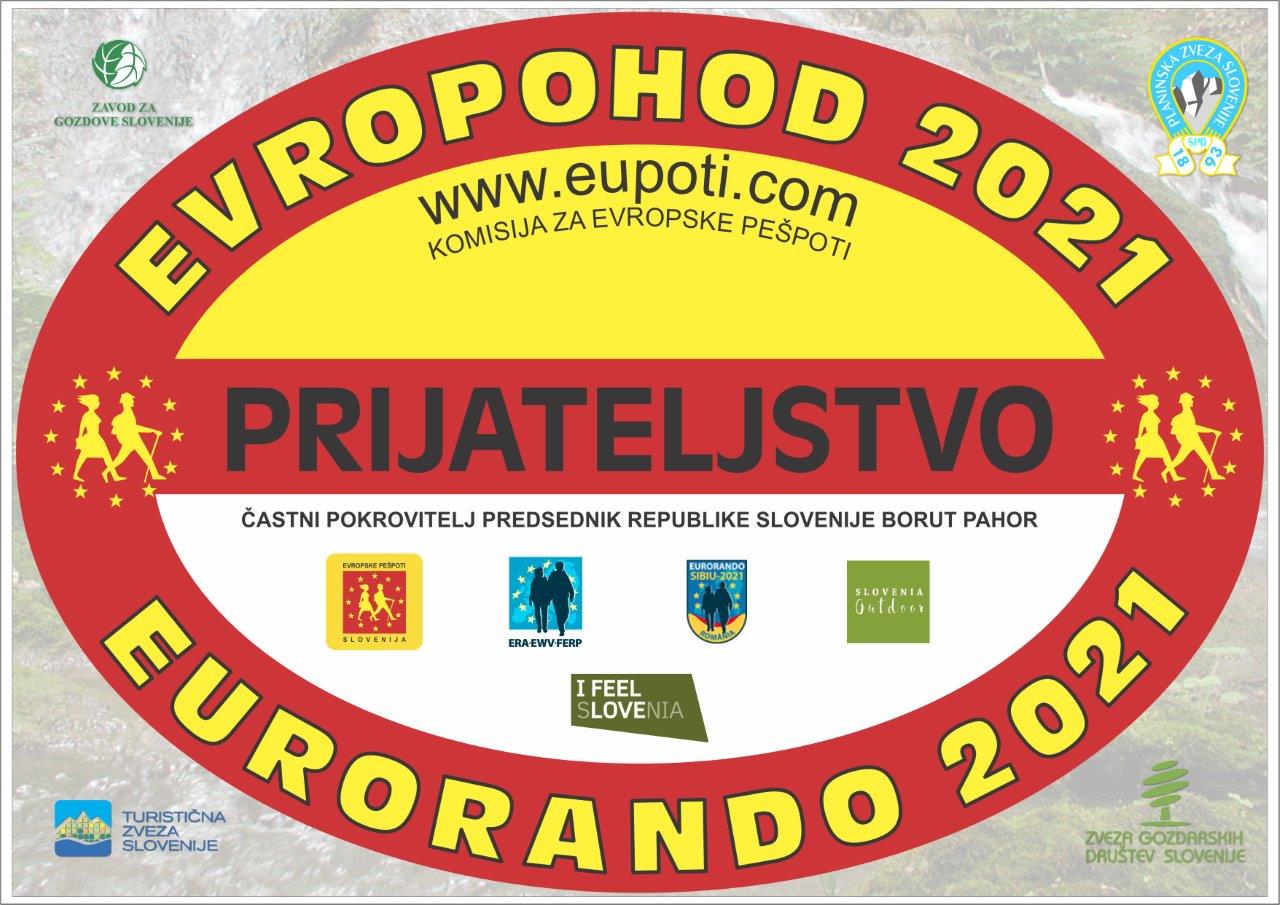 The Committee for European Footpaths in Slovenia and the Slovenian Alpine Museum marked World Walking Day and Eurorando 2021 at a Meeting of Eurotravellers, which took place on Friday 15 October 2021 at 6pm in the Slovenian Alpine Museum. The route of the European long distance path E12 in Slovenia was ceremoniously added to the large map of footpaths in the museum, alongside the motto of Eurorando 2021: “FRIENDSHIP”. They also opened an exhibition about European footpaths, which will be on display until the end of the year. Matjaž Podlipnik addressed the public in the name of the Slovenian Alpine Museum while Jože Prah, president of the Committee for European Footpaths in Slovenia, told all kinds of interesting facts about European footpaths and Eurorando 2021 – 2022.

1,000 kilometres of European footpaths hold many legends and stories. Dušica Kunaver and Anton Lesnik told us more about them. European footpaths are enhanced by many themed trails. The Kingfisher Nature Trail prepared by Cerovo Tourism Association was presented by Andreja Lotrič in Lučka Jere. The president of Cerovo Tourism Association gave everyone present a book and a symbol of the themed trail.

The cultural programme included performances by the choir Encijan, which operates under the auspices of the Lisca–Sevnica Alpine Club, and the zither player Jasmina Levičar from Prevorje. Around 80 visitors from Sevnica, Radlje, Ptuj, Ljubljana, Maribor, Radeče, Mojstrana, Cerovo and elsewhere sang together and welcomed the “friendship” motto.