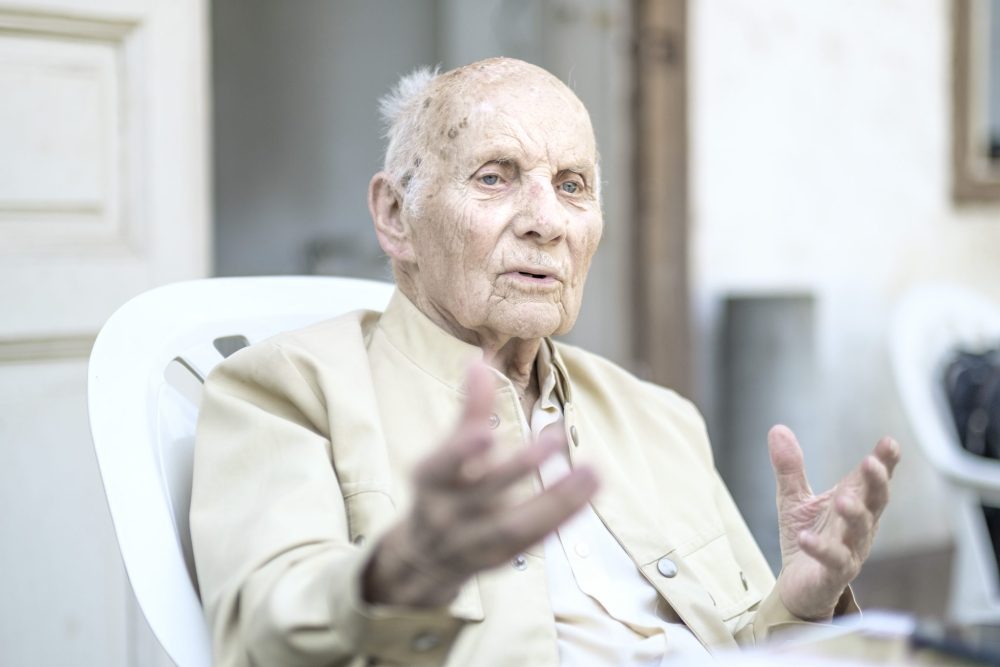 Lajos Thuróczy, a legend of Hungarian and European walking, died on 14 Dec. 2021. He contributed significantly to the development of walking in Hungary and it was he who brought Hungarian walking to ERA in the late 1980s. He was responsible for the extension of the European long-distance paths from the western borders of Hungary to the borders of the neighbouring eastern and southern countries in early 1990s.

Despite his small stature, he was a great leader with enormous natural authority. This was helped by his single-minded work for others, which was his life’s creed. He could be strict with himself, strict with his co-workers, but he could also lift the spirits of the entire team at the appropriate moment. We all knew that when needed, he would take his little flute-whistle out of his breast pocket and play us a well-known Hungarian or European song. He loved his country, as we saw in 2005 and 2006, when he organized first the ERA presidium meeting and a year later the annual conference, both in Budapest. Participants will never forget his insightful tour of the city.

For many years, he served as a member of the ERA presidium for European walking. He helped to get not only his own club but also, for example, Hungarian walking clubs in neighbouring Romania to cooperate in Europe. Together with the former ERA President Robert Wurst, they planned already in the 1990s the extension of E- paths in the Balkans, which actually happened 15 years later. When he left the presidium, he remained in contact with the leaders of the European walking movement. We will all remember his attendance at the ERA Conference 2008 in Blansko, Czech Republic – a wonderful evening filled with music, him on the pipe organ and Robert Wurst on the piano! He lived to the blessed age of 96 and died after a short illness, which he bravely fought. He survives by the results of his work and thanks to our memories of the wonderful times we had with him.

Honor to his memory.