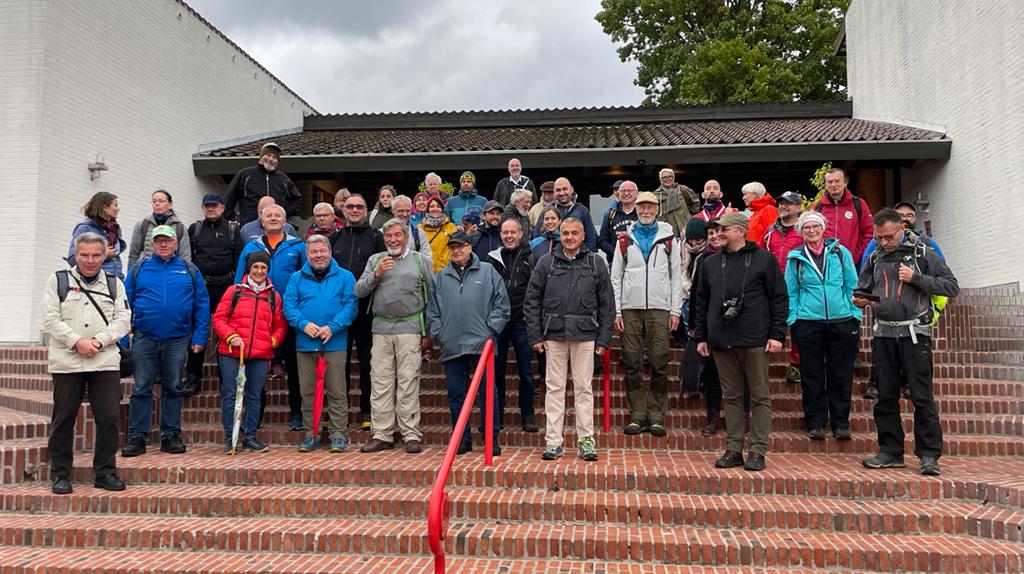 The 53rd conference was held from 29 Sept. to 2 October in the Konventum – conference centre in Helsingør. 63 delegates from 24 countries attended the perfectly prepared event. The big Thank You belongs to the Dansk Vandrelaug, especially to Anna-Kathrine Hauborg, Camilla Dam, Steen Malmlin and to Grethe Aagaard. Despite the rainy weather, the surrounding of the event was worth to visit: Helsingør town or Helsingør forests, the excursions always ended in the cosy café.
The Konventum offered large possibilities for discussions and decisions of the ERA Board, of the working groups and of the General Meeting as well.

The topics presented during the Friday’s Know-How sessions showed the large scale of ERA activities:

The ERA president Boris Mićić welcomed at the General Meeting representatives of the ERA partners: Andreas Aschaber (EUMA) and Karmen Nahberger (Wandermagazin) and the ERA honorary presidents Lis Nielsen, Jan Havelka, Ingemund Hägg and Aloys Steppuhn, as well. The ERA auditor, Michael Ermrich was reelected for another 4-year period. Plans for the ERA strategy in 2023 were presented and the ERA Board activities for 2021 were approved. After the exclusion of two organisations and the departure of two organisations, ERA has newly 62 members in 33 European countries.

The 53rd ERA conference went very well and we all look forward to meeting in 2023 in Ilawa, Poland again.

Pictures from the conference: