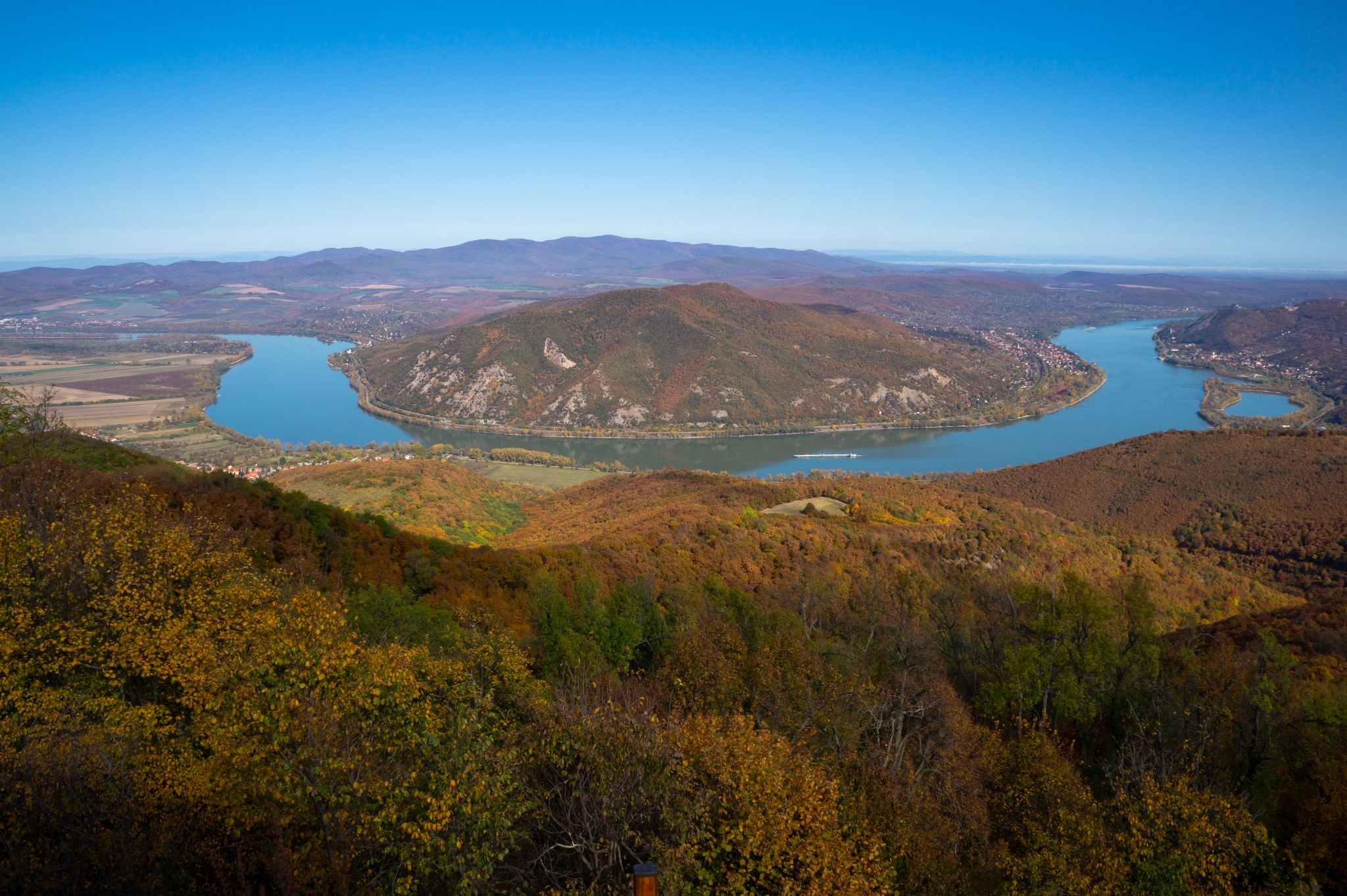 About 15 000 km of marked footpath exists in Hungary. There is a complex, standard waymark-system which was created about a hundred years ago. The colors (blue, red, yellow, and green) of the waymark are associated with the length of the path, while the shape indicates the purpose of it. You may meet further, non-standard waymarks denoting other footpaths/movements, or even cycleways/bridleways.

There are three long-distance hiking movements marked with blue horizontal stripe across the country. The most famous is the National Blue Trail (in Hungarian: Országos Kéktúra, short form is OKT) with its ca. 1200 km length. The trail leads the hikers through the northern part of the country, from Írott-kő (Geschriebenstein) at the Austrian border to Hollóháza in the Zemplén Mountains. The E4 joins in the National blue Trail at Kőszeg and leaves near Sátoraljaújhely. The second Blue Trail is the Pál Rockenbauer South-Transdanubian Blue Trail (Rockenbauer Pál Dél-dunántúli Kéktúra, RPDDK) which covers the southwest part of the country on ca. 550 km long. It was renamed later in honor of Pál Rockenbauer, the famous television presenter known for the popular TV series called “One and a Half Million Steps in Hungary”. This Blue Trail includes the Hungarian section of E7 from Bajánsenye to Szekszárd.

The Great Plain Blue Trail (Alföldi Kéktúra, AK) is the youngest of them. It is about ca. 870 km and drives through the Great Hungarian Plain. All three E-paths covers it in some sections (E3, E4, E7).

Along the trails hotels, guesthouses, and other kinds of accommodation can be found, since the trails pass several cities and towns.

There are a lot of waymarked trails in Hungary. Some spectacular mountainous areas are in the North Hungarian Mountains (like Börzsöny, Mátra, Bükk), or in the Transdanubian Mountains (Bakony, Vértes, Gerecse, Pilis), or near the Alps (Sopron and Kőszeg Mountains) and even on the south parts (Mecsek). Other parts of the Carpathian Basin have beautiful landscape like the Balaton Uplands which preserved unique basalt volcanic forms. Ten National Parks with natural and manmade sights are at present all over the country.

Tourist maps are available at scales from 1:40 000 to 1:60 000 about the tourist regions. Guidebooks in foreign languages are scarce, most of them are in German or in English.