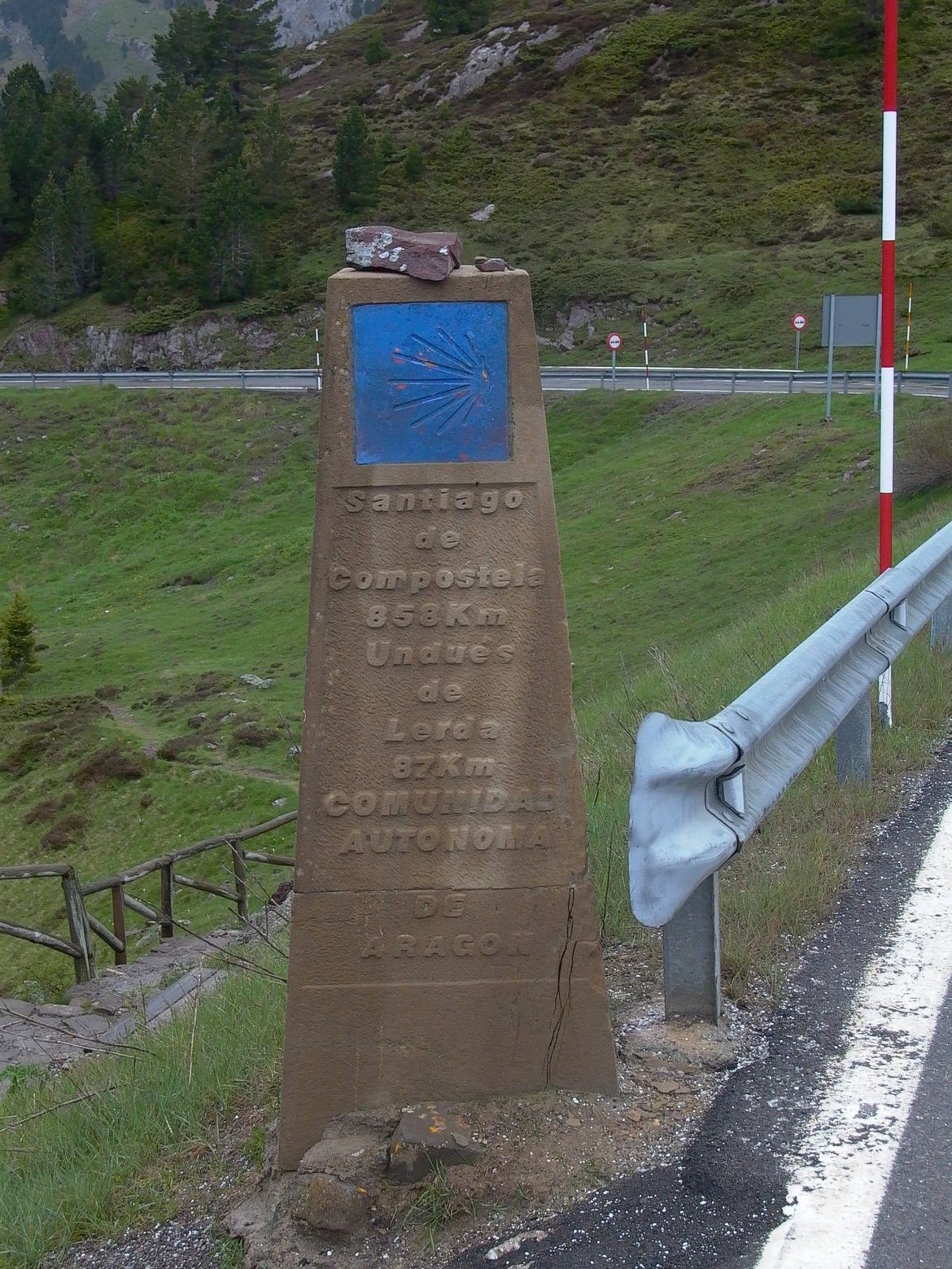 This European trail in Spain connects from its two entrances through the Pyrenees a series of towns and cities in the interior with a great historical heritage. In general, except in the Pyrenees and Galicia, the stages are flat

The Camino de Santiago in Spain (E 3), declared a World Heritage Site, is only signposted with the signs of the federation in Aragon. But it can be done perfectly by following the yellow arrow and the crowd of pilgrims

If the FEDME signaling of the trail is completed, it would connect with the E9 in Santiago de Compostela

The best system to accomodation on the ”Camino de Santiago” are the pilgrim hostels. In many towns there are hotels, camping sites, rural houses, etc.

There are restaurants and other places to eat in the initial part of the route, as well as shops to buy. In the final part the towns are smaller and it is convenient to have provisioned before

There are not many public transports. There are company services that transfer luggage from accommodation to accommodation, allowing you to carry a small backpack. Taxi is also a good solution

In winter, the first part of the route may require material to advance in the snow