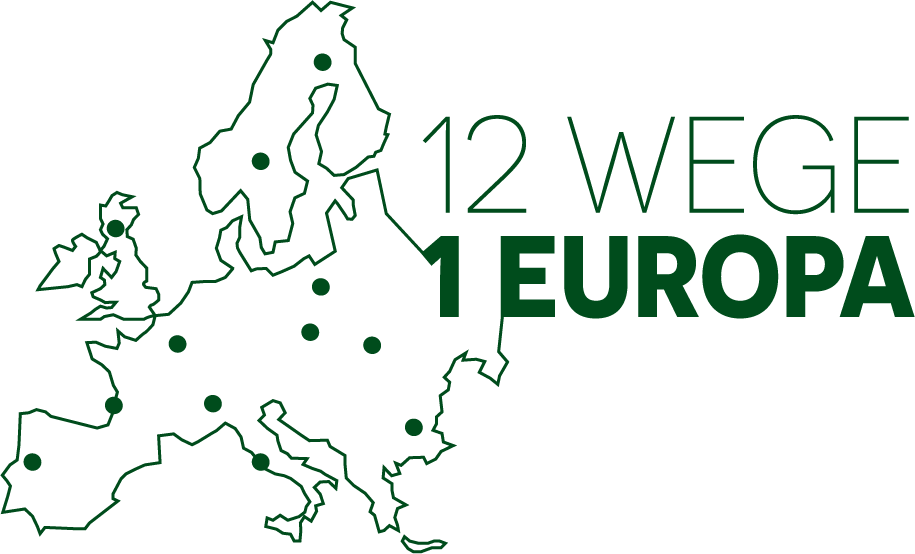 The German Wandermagazin will – supported by ERA – over the next years focus on the E-paths.

12 European long-distance hiking trails (E-paths) criss-cross Europe from north to south and from west to east. From cool Scandinavia and the British Isles through the heart of Central Europe, along stormy coasts, across the beautiful islands of the Mediterranean to the furthest corners of mainland Europe.

Every year, a team of hikers made up of editors, influencers and celebrities will walk one of the twelve E-paths in sections and discover the limitless diversity of rural areas in Europe.

2022 will be the year of the revival of the trails managed by ERA and, in times of war in the heart of Europe, also the year of European unity. To this end, the German hiking magazine, together with its Austrian partner, Weitwandern.com, has launched “12 Ways – 1 Europe”. An initiative to focus on unlimited freedom in Europe, as a strong commitment to more sustainability through gentle tourism, supported by the fascination of long-distance hiking.

A lecturer from the University of Music in Detmold composed an elaborate hymn for the initiative. The year for the start of the initiative could hardly be more appropriate: Not only will the E1, the first of the twelve E-paths, turn 50 in 2022, the Maastricht Treaties (on which the current version of the EU is based) will also be celebrating their 30th birthday -year anniversary. The European idea is the indisputable core of the “12 Ways – 1 Europe” initiative. We hike through Europe’s enchanting regions, meet interesting people and discover the most exciting myths and stories in the heart of Europe on foot.

Find the diary from the E1 hikers here

This year marks the beginning of the first of the European long-distance hiking trails E1, which leads over 8,000 km from the icy North Cape to the fire in Sicily at the foot of Mount Etna and on to the south-eastern tip of Sicily. It not only connects people in northern and southern Europe, but also impressively demonstrates how rich in contrast and colorful Europe is.

From Denmark, a team of hikers set off on a foot journey from the Baltic Sea to Lake Constance in four time segments, 78 daily stages and 1,900 km. Also present are Thorsten Hoyer (extreme hiker and editor-in-chief of the hiking magazine), Manuel Andrack (hiking pope, author and former sidekick of the Harald Schmidt show), Michael Sänger (publisher of the hiking magazine), Daniela Trauthwein (hiking blogger), Svenja Walter (editor of the hiking magazine) and Jarle Sänger (freelance author and project manager of the initiative). They all document the great hike on social media on a daily basis, accompanied from Wandermagazin and Weitwanderportal with exciting background stories and reports. Exciting legends and thrilling stories await hikers to the left and right of the E1. For example, the story of the Pied Piper from Hamelin or that of the vanquisher of the Roman Varus legions in the Teutoburg Forest.

Big opening ceremony and outlook The start of “12 Ways – 1 Europe” was celebrated on May 21st and 22nd
At the foot of the Hermannsdenkmal in the magnificent Palaisgarten, well-known figures such as Joey Kelly , Sasha , but also personalities from politics, such as Professor Andreas Pinkwart , were together and celebrated the launch of the initiative and the E1 campaign in 2022. Also the anthem was premiered as part of the celebrations. See

In 2023, the inspection of the E4 of the summits is on the program.

You may find posts on Social Media about the project by searching with the hashtag #12epaths1europe. Find it here on Facebook.

Ukrainian
We use cookies to ensure that we give you the best experience on our website. If you continue to use this site we will assume that you are happy with it.OkPrivacy policy